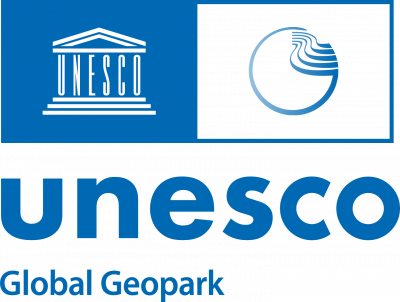 In order to become a UNESCO Global Geopark, the area must have geological heritage of international value. This is assessed by scientific professionals, as part of the “UNESCO Global Geopark Evaluation Team”. Based on the international peer-reviewed, published research conducted on the geological sites within the area, the scientific professionals make a globally comparative assessment to determine whether the geological sites constitute international value. UNESCO Global Geoparks are managed by a body having legal existence recognized under national legislation. This management body should be appropriately equipped to address the entire area and should include all relevant local and regional actors and authorities. UNESCO Global Geoparks require a management plan, agreed upon by all the partners, that provides for the social and economic needs of the local populations, protects the landscape in which they live and conserves their cultural identity. This plan must be comprehensive, incorporating the governance, development, communication, protection, infrastructure, finances, and partnerships of the UNESCO Global Geopark.

Italy is well represented  internationally with eight recognised Geoparks in the European and the Global Network under the auspices of UNESCO.  The role of the Italian Geoparks in the EGN and GGN networks is of particular significance, not only because of the great number of territories involved, but above all for the national and international quality of its territories.  A great and important evidence of the fantastic geological patrimony of our country. The eight Geoparks have earned a prestigious recognition by creating new strategies for the management of their territories, in which the geo-conservation together with the educational activities are able to activate a virtuous way for a sustainable development. A careful process of requalification and valorisation of the territory respecting the local culture, but heading for a new model and way of use of the land. Actually the Italian geoparks are:

Geoparks represent a special category of territories gradually getting national and international fame thanks to the special attention and care given to them by the geodiversity and geological heritage. UNESCO first launched the “GEOPARKS” programme in 1998, but the former Geoparks were born in Europe in 2000:  the Petrified Forest on the Greek Island of Lesvos, the Geological Reserve in Haute Provence, France, the Vulkaneifel Geopark of Germany and the Cultural Park of Maestrazgo in Spain. These made up the European Geoparks Network (EGN-European Geoparks Network link www.europeangeoparks.org). It deals with territories that present important geological, geomorphological, scientific and cultural-educational qualities and aesthetic value that work together to find new strategies and projects to take care of and valorise the geological heritage. The first four Geoparks have therefore activated a strong cooperation with the intention of favouring a sustainable development through the valorisation of a general image linked to the geological heritage. Many ideas to promote Geotourism have come up from this bond and have also developed interesting experiences in the field of environmental education, formation and  research in Earth Science. The Geoparks list is up-dated every year, twice a year with new entries or loss of memberships, consequently also the GeoParks maps are up-dated.

After awhile a group of international experts from UNESCO met up in Paris, in February 2004, to discuss and establish The Global Geoparks Network . The official launch was made formal in occasion of the 1st International UNESCO Conference on GeoParks held in Peking, China, in June 2004. The aim of such a Network was to pursue three important aims: conserve the geological environment, promote education on Earth Science and develop and sustain the local economic level, based also, on geological heritage.

From 2015 the Geoparks are priority project of Unesco: UNESCO Global Geoparks.